The business model, our values, goals, metrics and reports

The business model Our values Our targets Team Supervisory Board AGM 2020 Paying agent and depository Key figures and reports Milestones / history News Memberships Contact
POLIS Immobilien AG is a nationwide company that acquires, modernizes or revitalises office properties for its own portfolio and manages them on its own. As a specialist in property modernization and management, we focus on one market segment: office real estate in inner-city locations at the most important German office locations. We acquire fully leased properties with modern equipment, which generate a secure cash flow, as well as properties that are vacant or in need of modernization, which exhibit tangible value potential. We intend to provide state-of-the-art, high-end offices and commercial space with an attractive work environment and help our tenants succeed in their business. 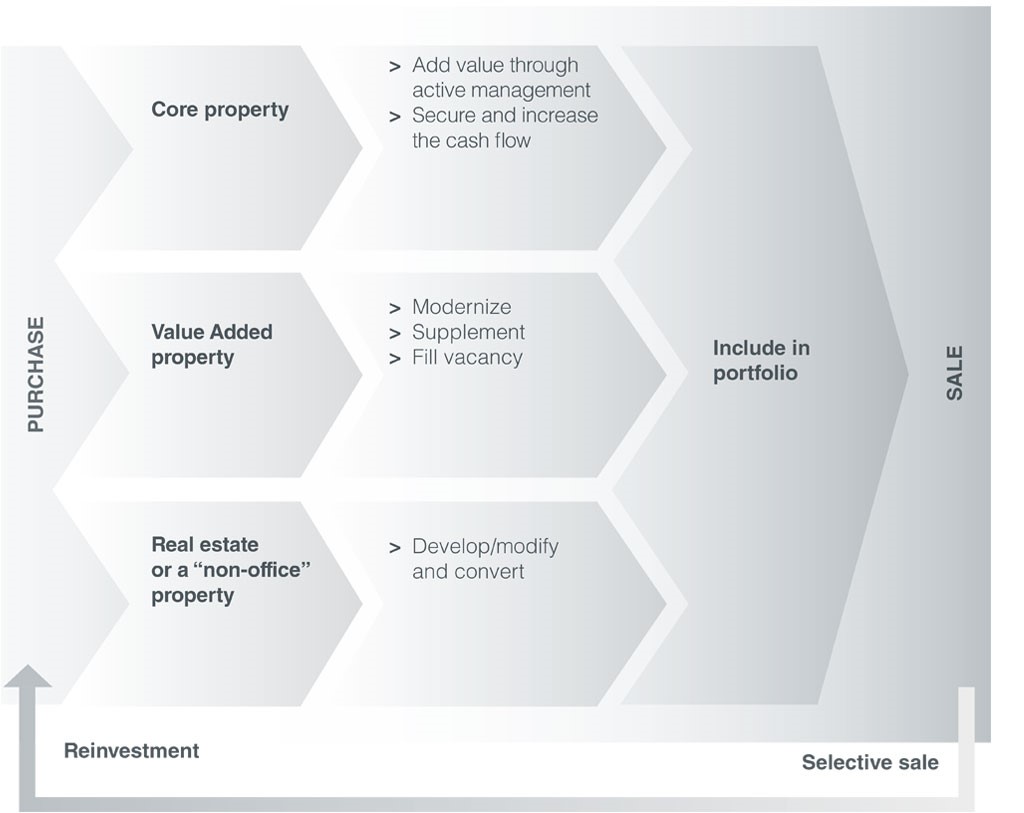 As an active portfolio holder, POLIS focuses on one market segment: office real estate in inner-city central locations at the most important German office locations. We invest in high-quality and well-situated buildings that enhance the prospect of seamless leasing.

We buy both fully let properties with modern equipment that generate a secure cash flow (“core properties”) and real estate that is vacant or requires modernization but exhibits tangible potential for value growth (“value-added properties”). Growth in value is achieved, for example, by eliminating vacancies, changing the rental concept, repurposing, expanding or implementing architectural and technical modernization measures, including full revitalization. We also acquire real estate and non-office real estate, which we then turn into high-yield office real estate.

We pursue a multi-tenant strategy; this means our business model is primarily geared towards office properties with multiple tenants as opposed to a single tenant. This strategy reduces the risk of rental losses and the likelihood that substantial rental spaces come up for re-letting at the same time.

Our policy is consistent with our desire to increase shareholder value, cash flow and attractive return while maintaining a moderate level of risk.

After modernization, repurposing or re-letting, the company sells office properties to a moderate extent in order to realize value increases.

We are increasingly offering our tenants additional services to enhance the attractiveness of the rental space.

POLIS Immobilien AG has been operating successfully as a reliable investor and landlord in the German market for more than 20 years.

Our professional activity takes into account compliance with certain core values. These values shape our way of working and commit us to act ethically and responsibly towards shareholders, business partners, employees and society.

Integrity, honesty and openness are prerequisites for trusting relationships, which are our basis for our dealings with shareholders, prospects, business partners and tenants.

We want to provide modern, technically high-quality and economical office and business premises with an appealing working environment and help our tenants to be as successful as possible in their work or business. In addition, we want to achieve a high level of tenant satisfaction through good service.

The focus on good, mostly inner-city locations, the observance of high quality standards and diversification of tenants (multi-tenant concept) ensure high investment security for our real estate portfolio and guarantee the permanent cash flow and value appreciation that our shareholders seek. In the interest of the sustainability of this performance, we take into account environmental aspects such as the use of resources, waste management and the environmental compatibility of building materials. POLIS is a founding member of the German Sustainable Building Council e.V.

POLIS Immobilien AG strives to offer tenants not only modern office space but also additional services in the future in order to generate additional benefits for the tenant. POLIS is also successful in terms of its own business operations with a very high level of automation and digitalization. In addition to a sophisticated IT architecture (consisting of ERP, planning and document management systems), electronic invoicing, process assurance and workflows as well as largely automated accounting entries deserve mention. All employees can access customizable, self-updating user interfaces via a BI solution. In the future, POLIS also wants to link building services more closely with the automated commissioning of maintenance and repair services. POLIS is an active driver of software development in the real estate sector and always endeavours to create further advantages and benefits both internally and externally.

POLIS sees digitalization as an opportunity and a challenge, and therefore actively promotes this in all areas of the company, in rental space and in real estate management. 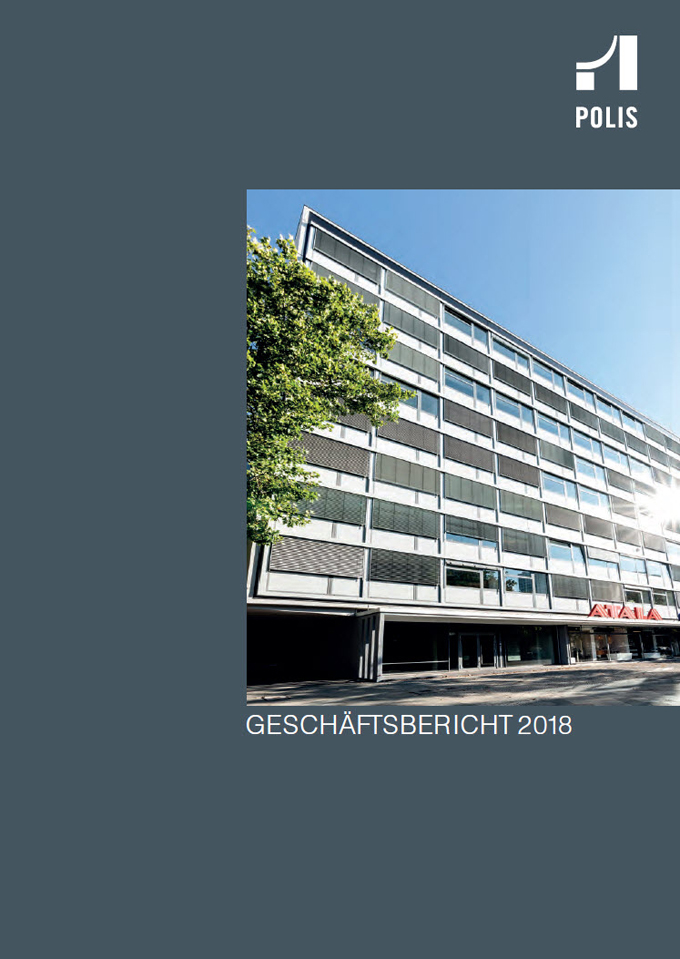 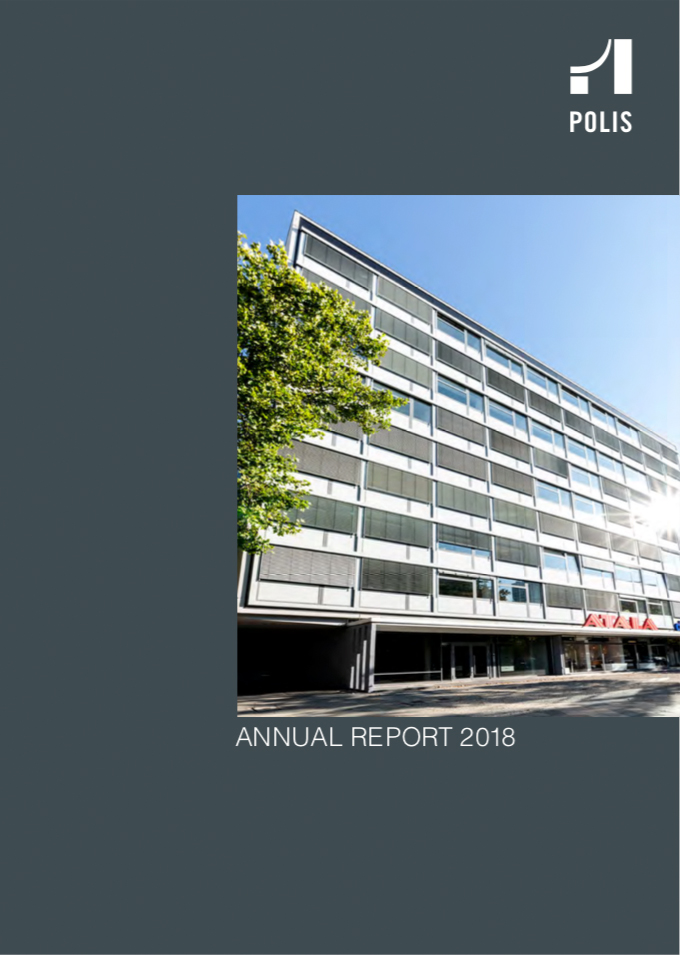 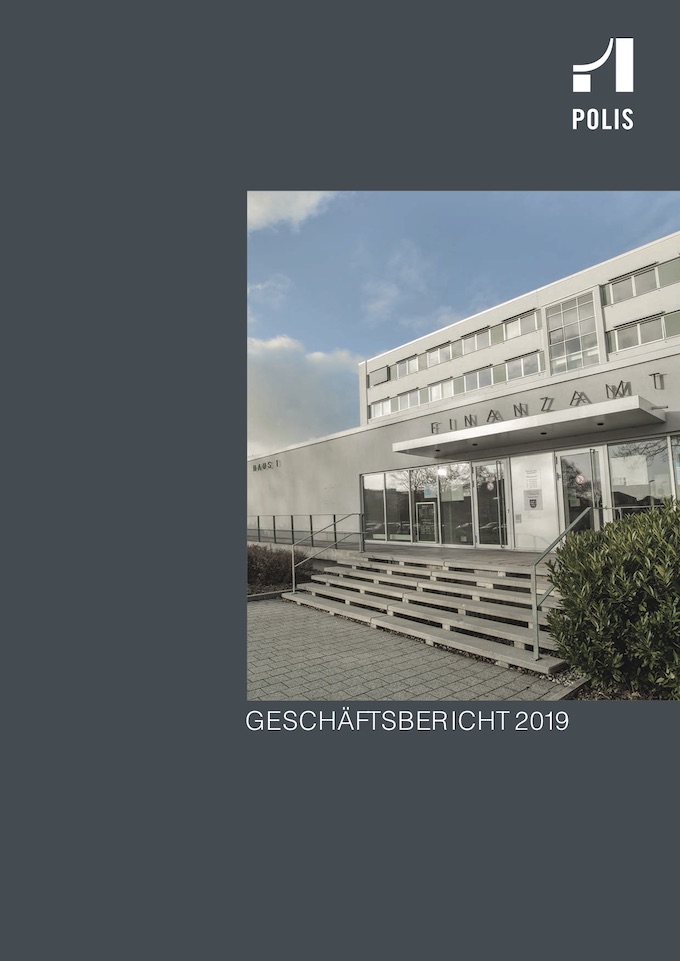 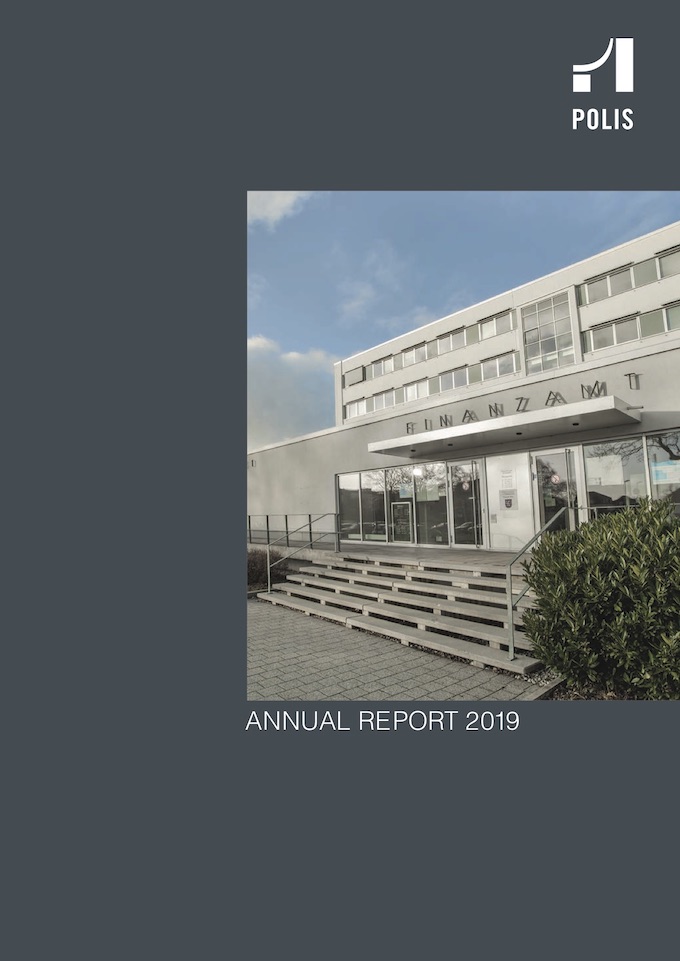 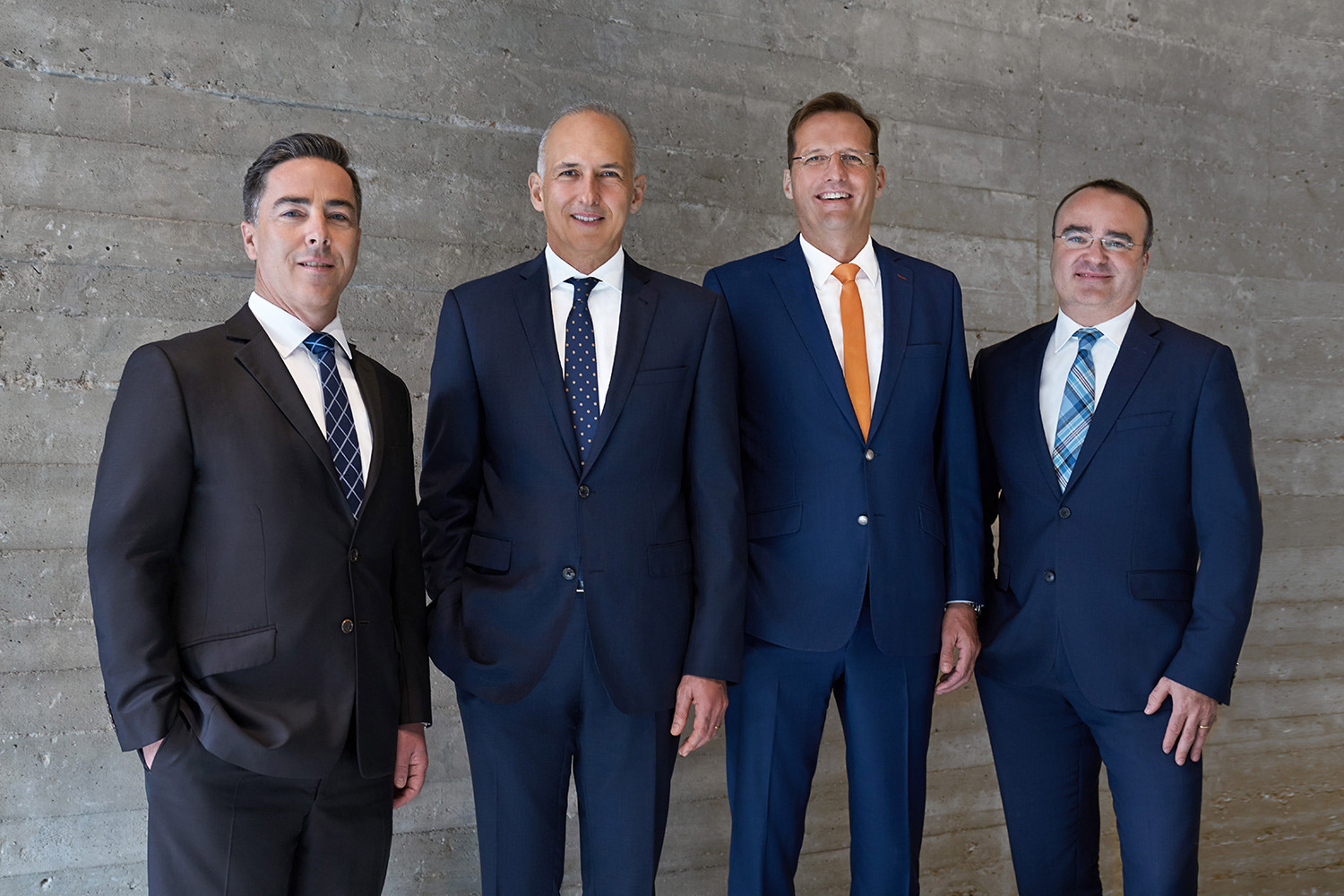 Senior officers of the POLIS AG (from left to right)

The Board of Management of POLIS Immobilien AG 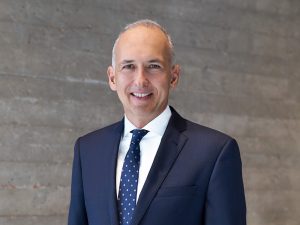 As Head of Asset Management at Allianz Real Estate, Mr. Gross oversaw the establishment and development of the German commercial and residential portfolio for more than nine years. Previously, he held various executive positions at Deutsche Telekom Immobilien und Service GmbH and B & L Immobilien AG. 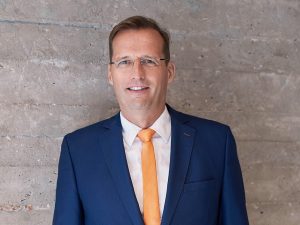 After having worked for many years nationwide in the banking sector with a focus on commercial real estate business, he moved to the state of Berlin in 2003, where he served as divisional manager and sole managing director of various real estate, fund administration and controlling companies with assets under management of several billion euros. Dr. Michael Piontek is a trained banker and holds a Master of Business Administration specializing in Financial Management from the University of Wales (UK). He holds a Doctor of Business Administration degree from Sheffield Hallam University (UK).

Your contact persons, who are available for you with their team 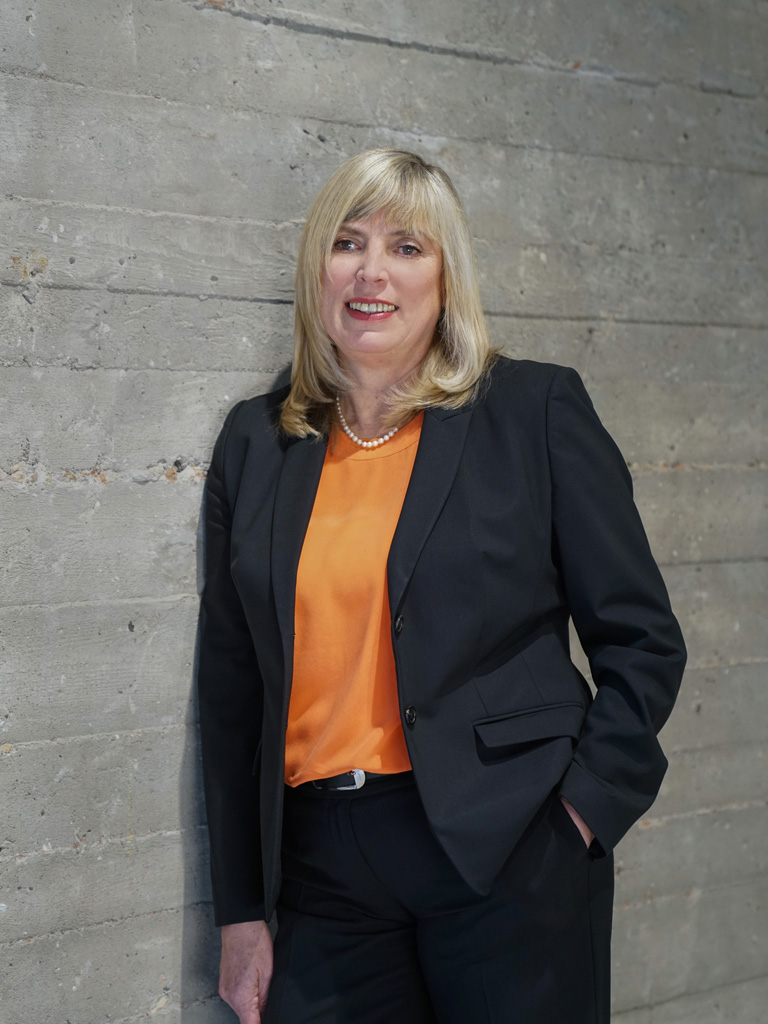 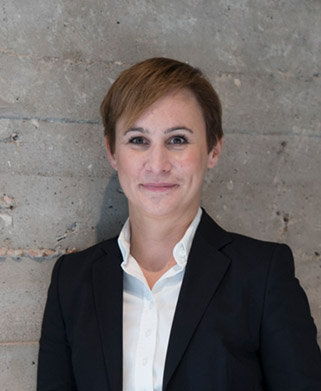 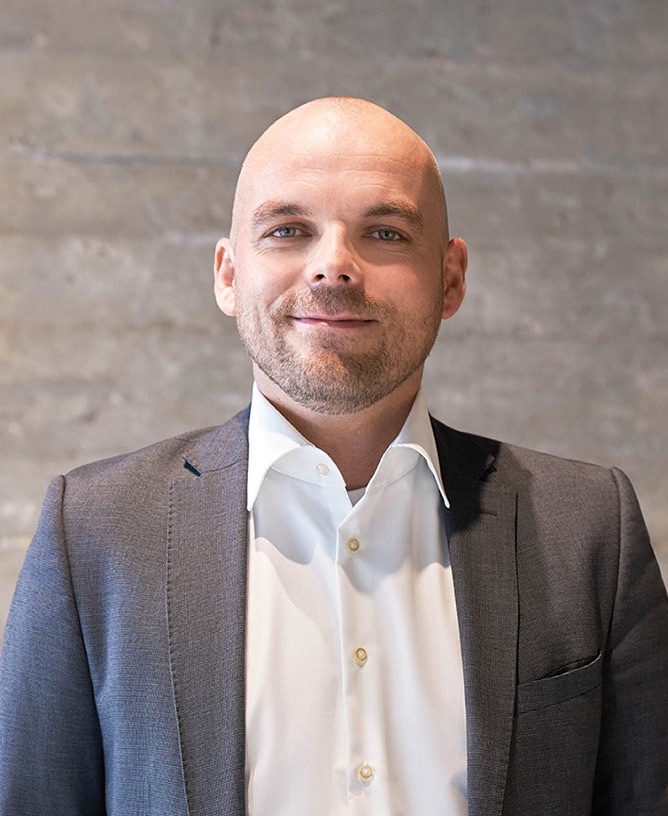 Head of Construction and
Building Management 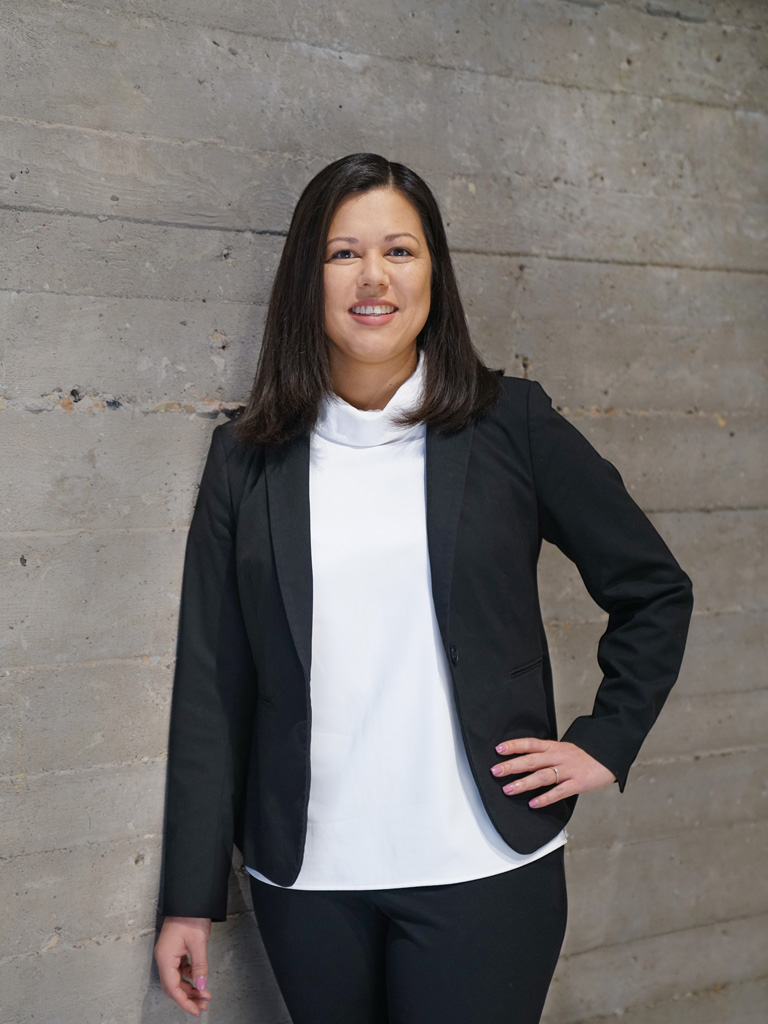 The Supervisory Board of POLIS Immobilien AG

Member of the Supervisory Board of Mann Immobilien-Verwaltung AG, Karlsruhe, resident in Germersheim

Member of the Board of Management of Mann Immobilien-Verwaltung AG, Karlsruhe, resident in Baden-Baden (Deputy Chairman)

Member of the Executive Board of Mann Management GmbH, resident in Ettlingen

POLIS continues its growth in the new federal states and acquires two properties in two new locations. First, an office building in Erfurt, and second, an office and administration building in Gera are acquired. With this expansion of the existing portfolio, the value of the investment property exceeds EUR 500 million for the first time.

POLIS adds the property acquired in Dresden at the end of 2017 to its portfolio. In addition, POLIS Immobilien AG celebrates its 20th anniversary.

POLIS takes over the property, purchased at the end of 2016, in the World Trade Center of Dresden and is able to acquire another property in Dresden for its own portfolio. The division “Asset Management for Third Parties” is closed at the end of the year.

Dr. Alan Cadmus leaves the board. In his place, Mathias Gross is appointed to the board. For a modernization property in Stuttgart, the DGNB certificate is awarded in gold. The real estate portfolio is expanded to include a further property in Dresden.

POLIS Immobilien AG applies for revocation of admission to the regulated market, which takes effect on 7 October 2015.

Start of modernization of our office property in Frankfurt.

Dr. Michael Piontek is appointed to the board. To optimize the portfolio, two investment properties are sold and two locations closed. In Berlin, the portfolio is expanded to include an office property.

POLIS realizes increases in value through the sale of Torstrasse 15 in Stuttgart and – following a thorough modernization – of Steinstrasse 20 in Düsseldorf. MANN Immobilien-Verwaltungs AG announces that – after accepting the purchase offers of the mandatory offer – it holds approx. 53.20% of the shares in POLIS Immobilien AG.

Change of name from POLIS Grundbesitz und Beteiligungs AG into POLIS Immobilien AG. IPO on 21 March. Expansion of the portfolio to 30 properties with a total value of around EUR 246 million.

POLIS adopts a growth strategy and carries out two capital increases. Expansion of the portfolio to 14 properties with a total value of around EUR 120 million. MANN Immobilien-Verwaltungs AG announces that it holds more than 25% of the shares in POLIS Immobilien AG.

Bouwfonds Asset Management (as a subsidiary of ABN AMRO-Bank) takes over the participation of Delbrück & Co, private bankers, and asset management.

Dr. Matthias von Bodecker is appointed to the Board of Management.

POLIS is a member of the following organizations 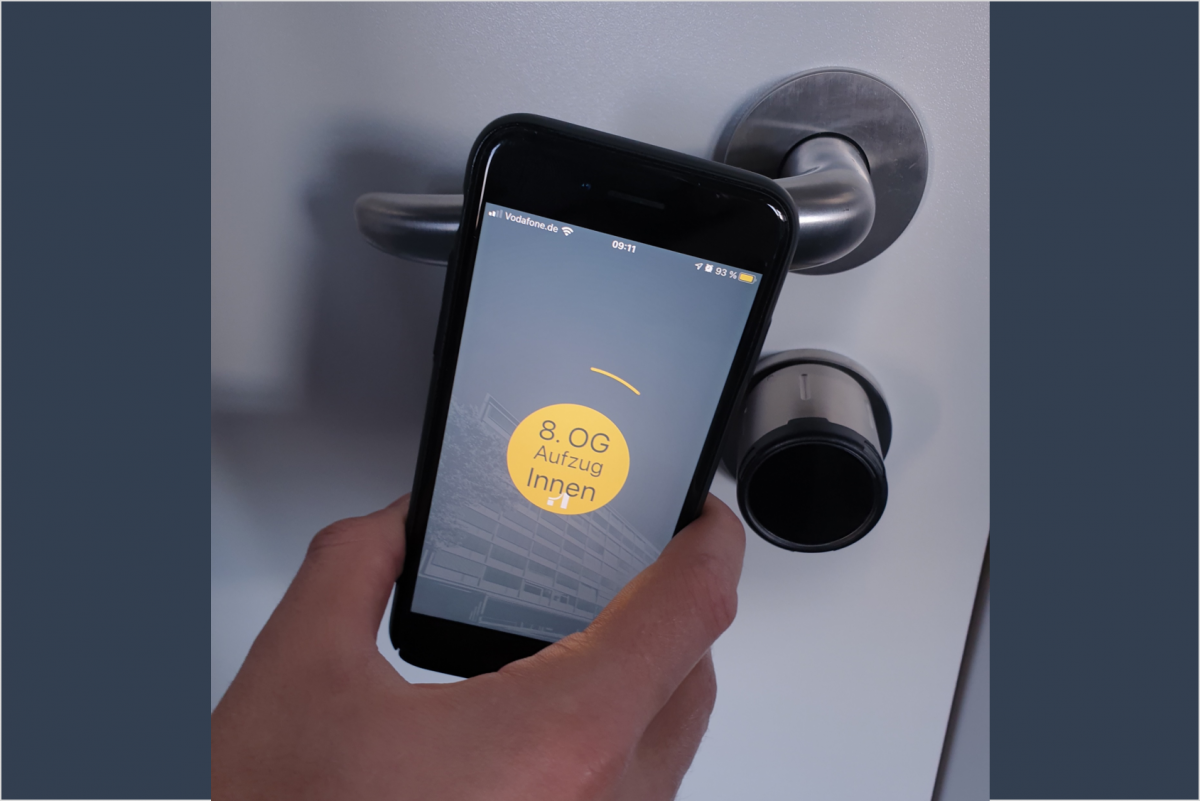 After a four-month pilot phase at the company’s Berlin headquarters, POLIS has signed a framework agreement with PropTech Sensorberg, which specialises in digital locking systems and automation. In future, the digital access solution, in which the smartphone becomes a key via  … 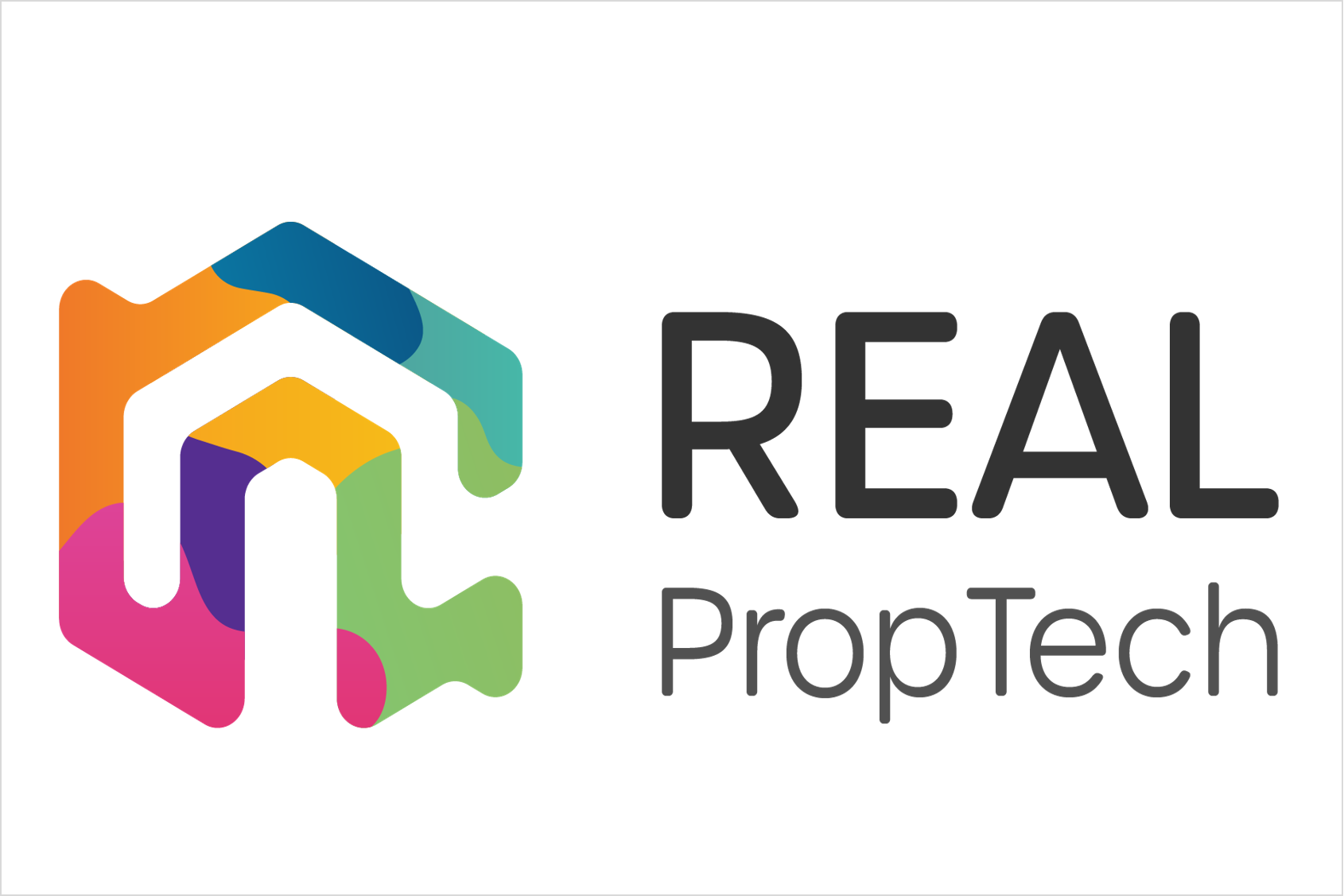 POLIS is sponsor of REAL PropTech 2020

Today and tomorrow REAL PropTech is opening its digital doors. We are delighted to support the most important industry event for digitisation and innovation as a sponsor again this year. For the first time, the conference will take place in a  … 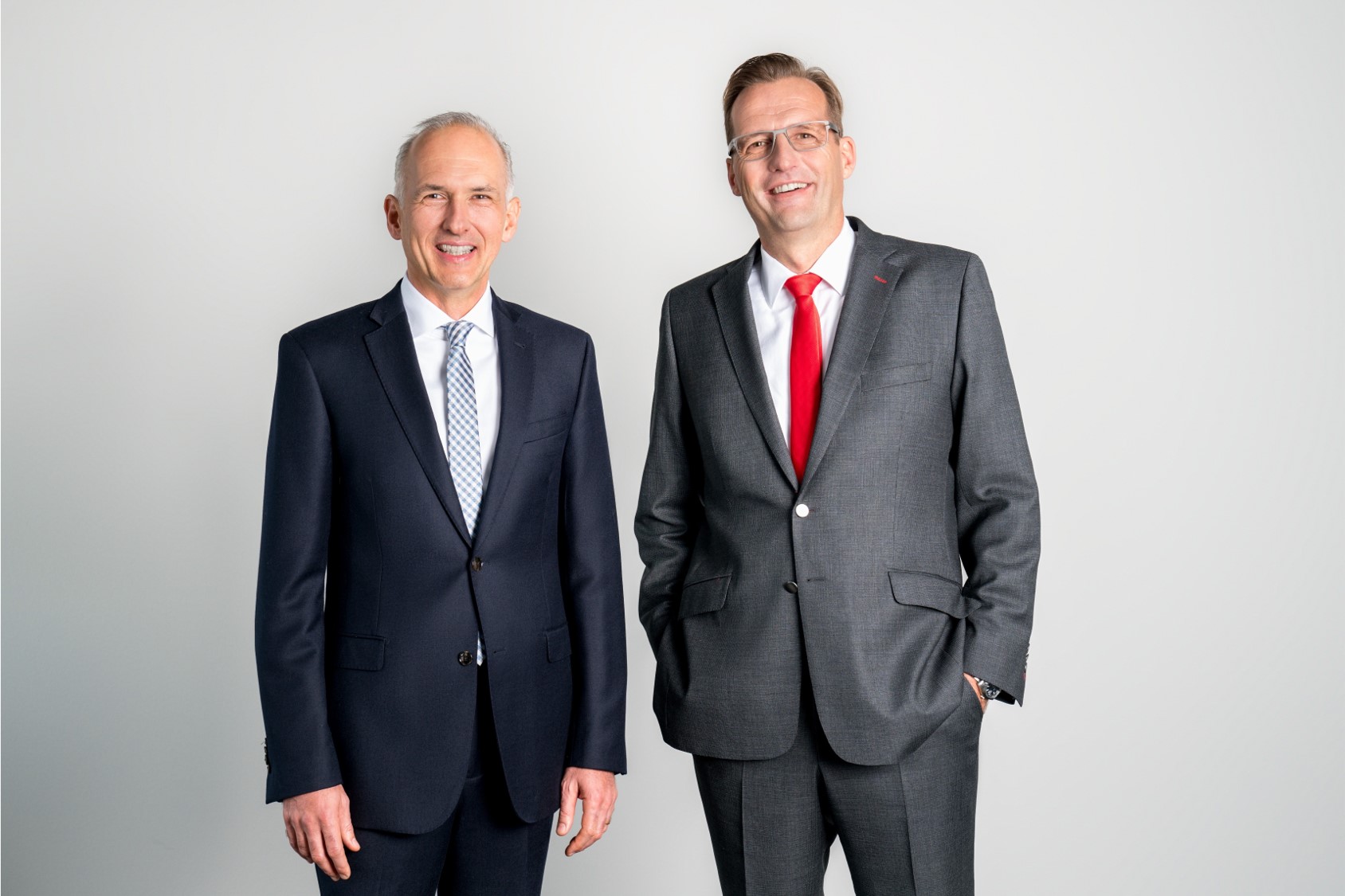 POLIS has successfully expanded its business in 2019. The annual result reached EUR 63.3 million (before taxes) – the highest figure in the company’s history. The Funds From Operations (FFO) increased by approximately 16% year-on-year to EUR 9.54 million. Increased rental  … 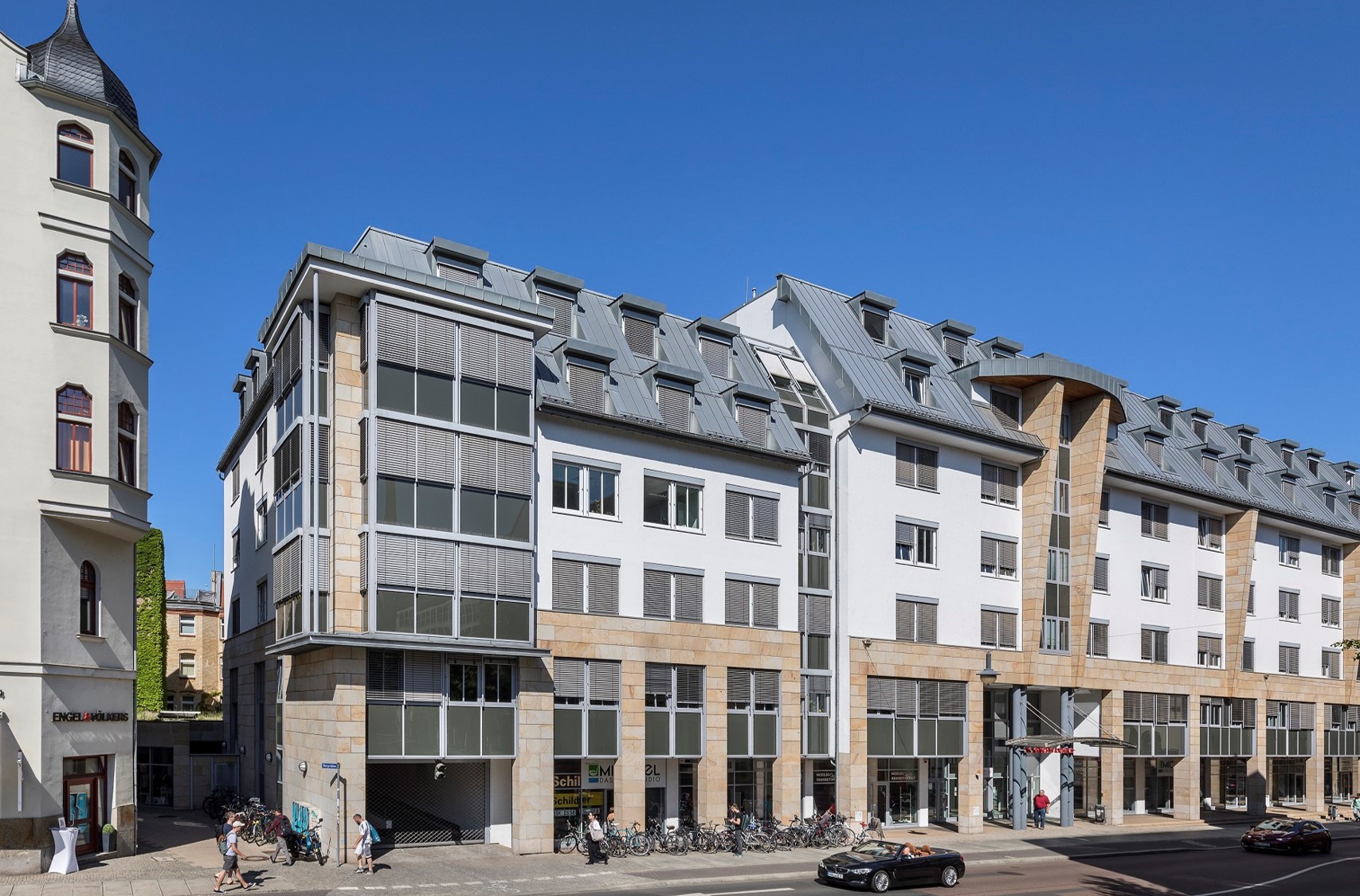 As part of an asset deal, POLIS has now acquired an office and commercial building in the city of Halle (250,000 inhabitants). The property, built in 1968 and extended by a new building in 1995, is located in the centre of  …

POLIS leases to an educational institution in Erfurt

In Erfurt, POLIS has leased an office and training space of around 1,400 sqm to an educational institution on a long-term basis. “Euro-Schulen“, in English “Euro-schools”, is extending its lease at Juri-Gagarin-Ring by ten years. We are pleased that this anchor  … 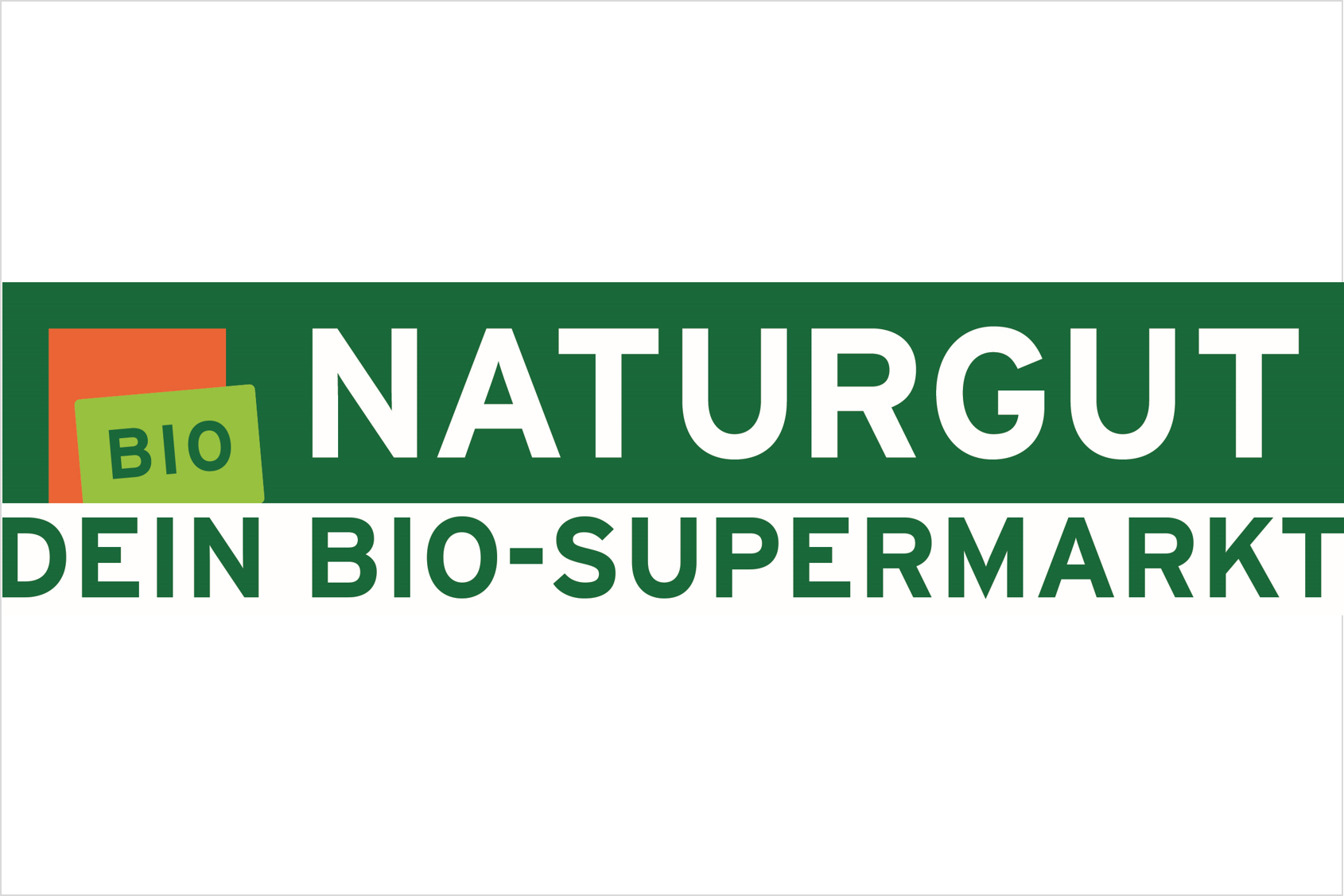 POLIS has leased a retail space of around 1,300 sqm in in the centre of Stuttgart on a long-term basis to an organic food market. After successful handover in March 2020, the market chain “Naturgut” will open its eleventh Stuttgart location  … 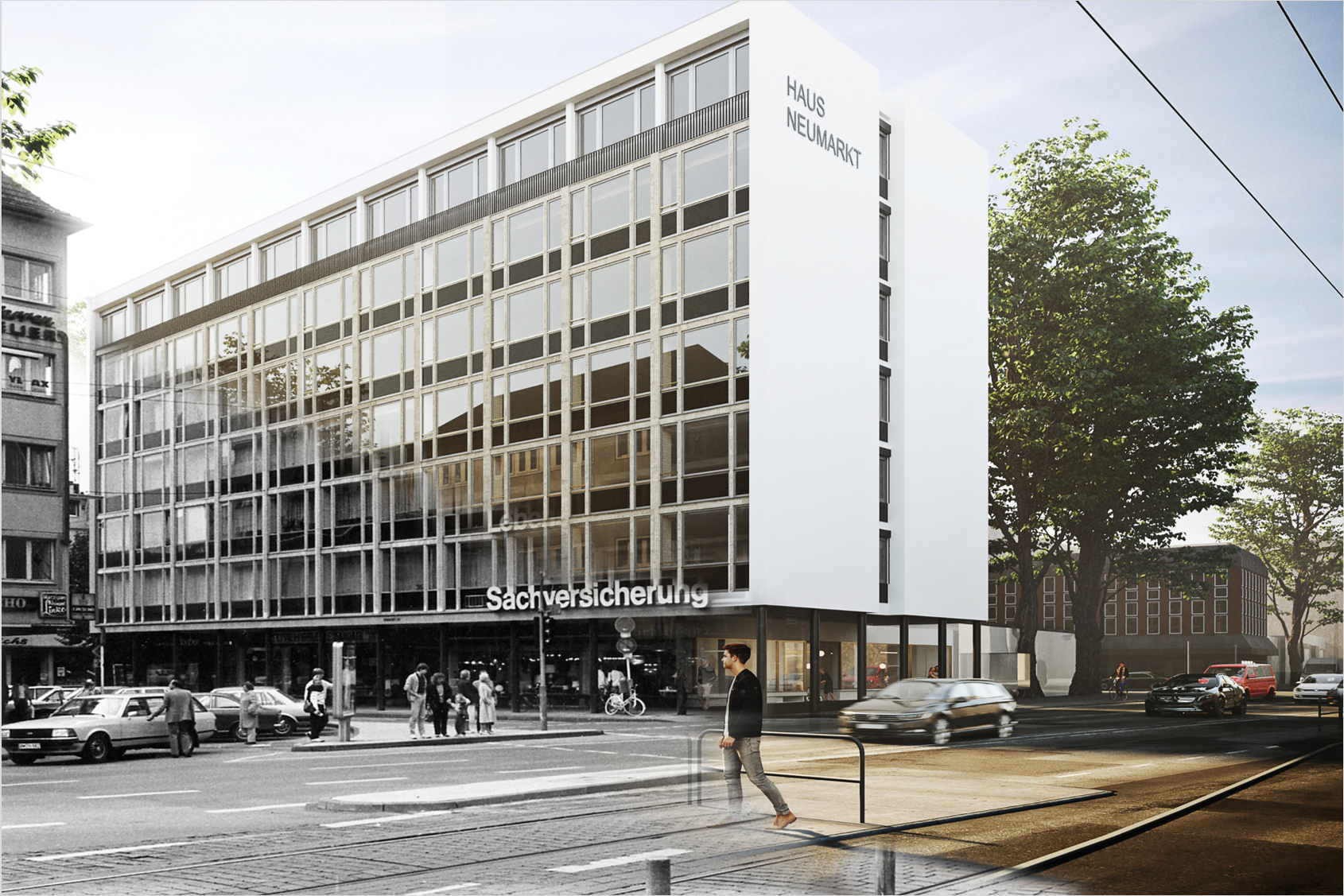 POLIS is revitalizing the centrally situated, listed building Haus Neumarkt in Cologne and creating around 2,850 square metres of modern office space. The new rental areas can be divided up flexibly and will be fitted out to tenant preferences. Completion is  … 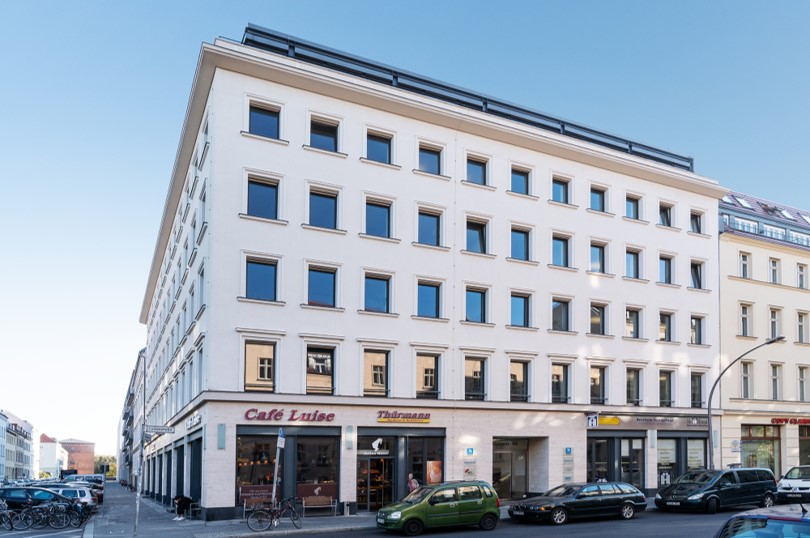 POLIS has concluded leases with service providers in the healthcare sector for two office spaces in Luisenstrasse 46, Berlin-Mitte with a combined area of around 500 square metres. The new tenants are Relias Learning GmbH, an e-learning provider for the healthcare  … 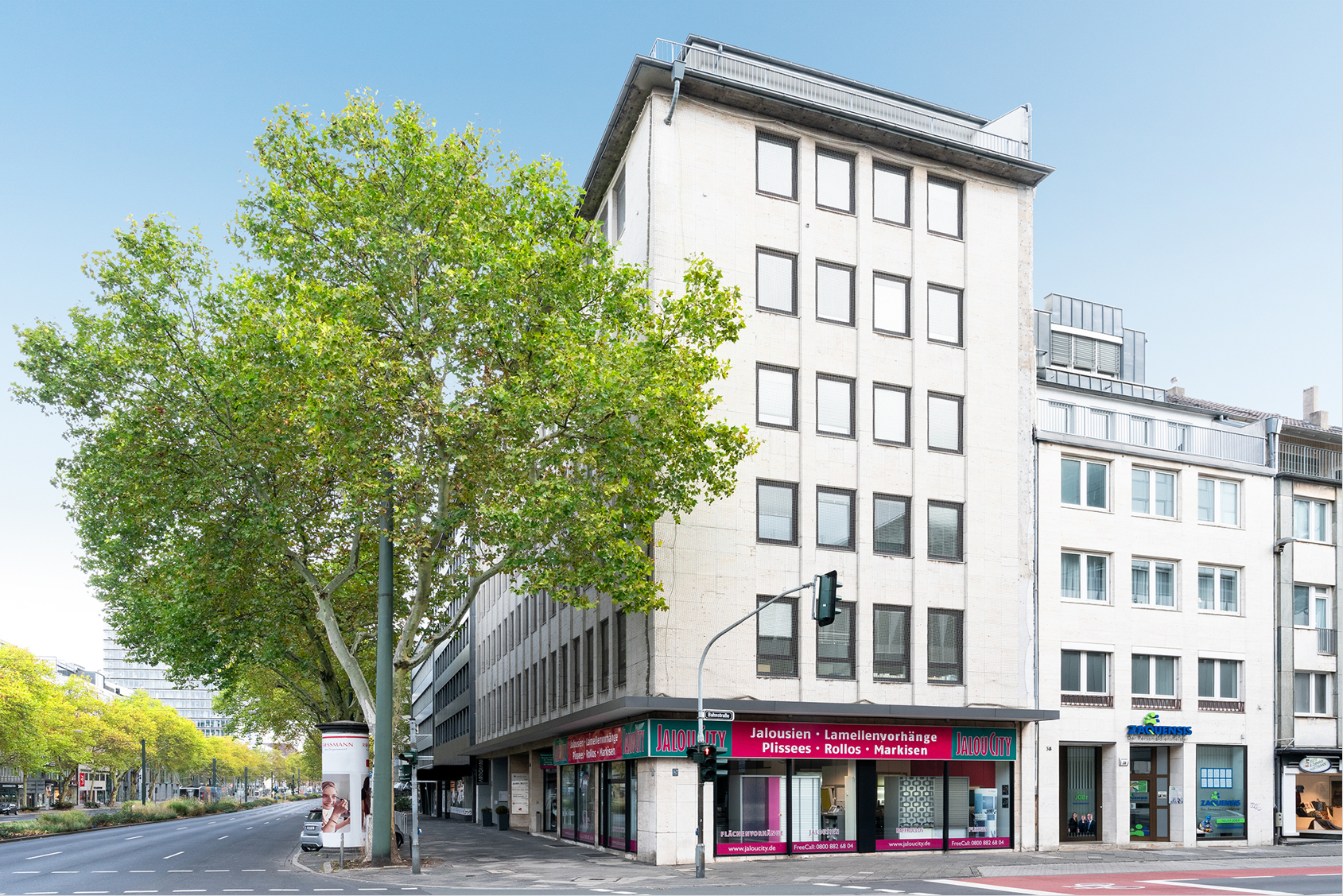 Aachener SWG takes out lease from POLIS in Düsseldorf

POLIS has let approximately 300 square metres of office space to Aachener Siedlungs- und Wohnungsgesellschaft mbH in the centre of Düsseldorf. This company will occupy the rental space in December 2019. The mixed-use property is situated in Düsseldorf’s city centre, on  … 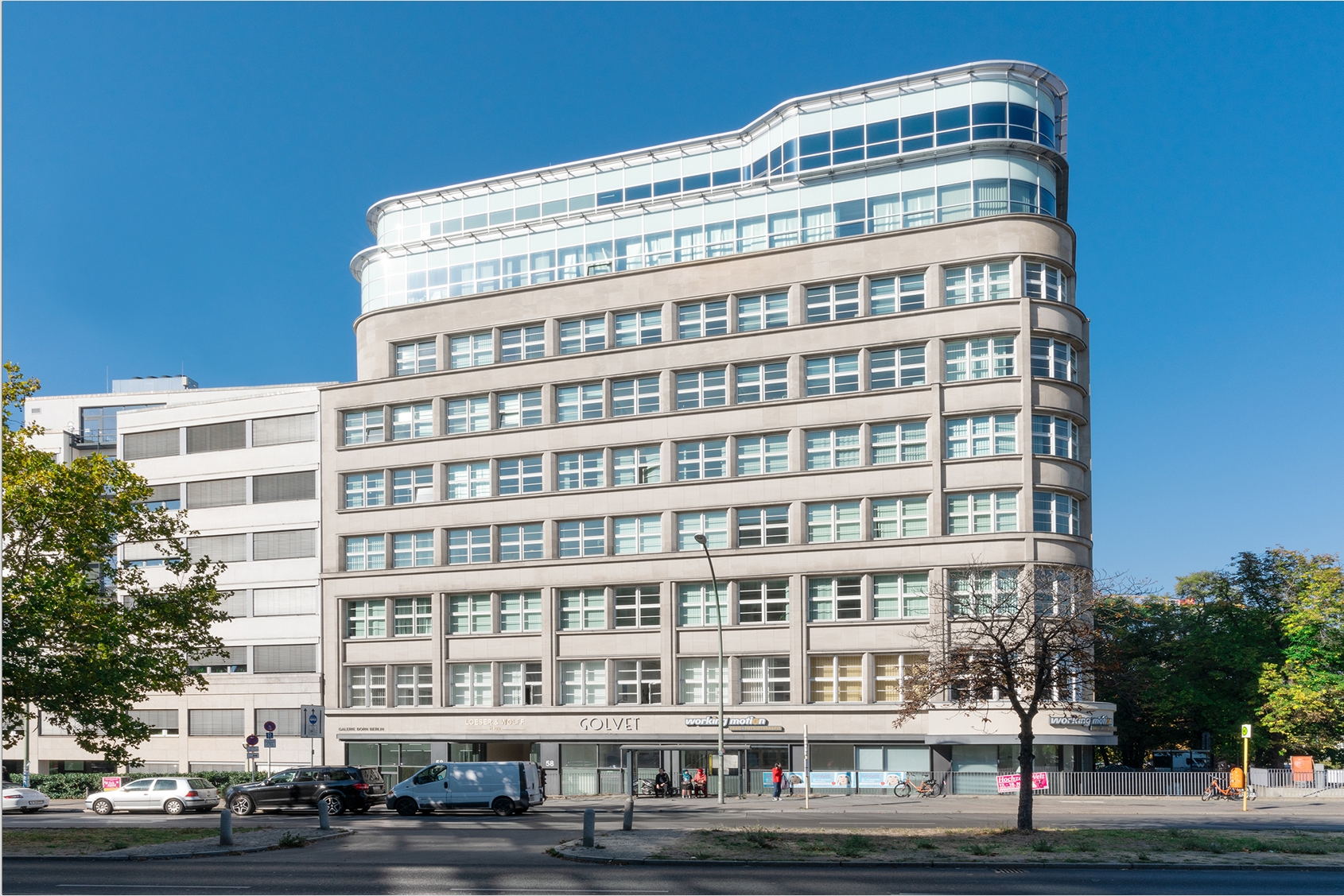 POLIS has let out around 590 square metres of office space in Potsdamer Strasse 58, in Berlin-Mitte, on a long-term basis to the administrative offices of the German Cardiovascular Research Centre (DZHK). DZHK is a publicly funded, nationwide research centre. The  …