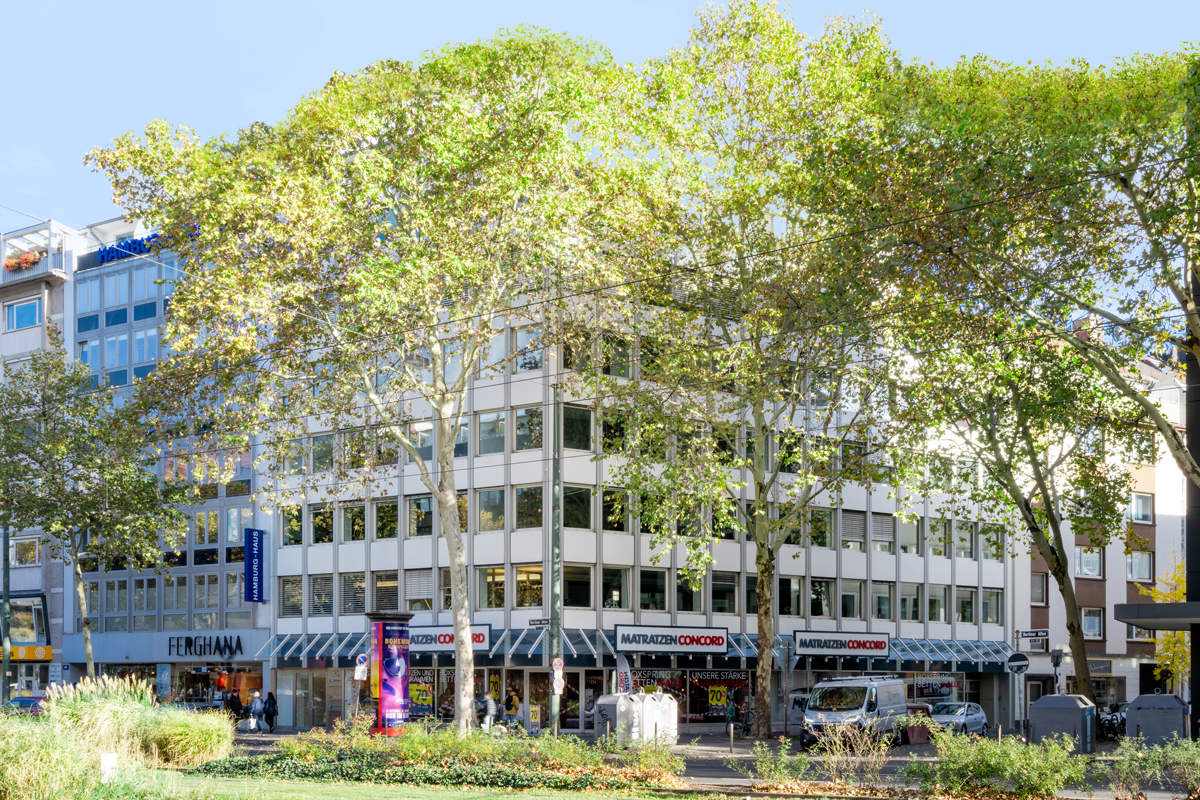 At Berliner Allee 42, not far from Düsseldorf’s famous promenade and shopping mile Königsallee (“Kö”), POLIS has leased a total of around 755 square metres of office space. The IT system house Mahr EDV which operates throughout Germany is expanding its previously rented space by the third floor and thus by around 375 square metres. In addition, POLIS won wbw holup Wirtschaftsprüfungsgesellschaft as a new tenant who moves into around 380 square metres of office space.

The office and commercial building which was built in 1960 at the northern corner of Berliner Allee/Alexanderstraße has a total of around 3,200 square metres of rental space. In addition to the property at Berliner Allee 42, three other office buildings complement the POLIS portfolio in Düsseldorf.